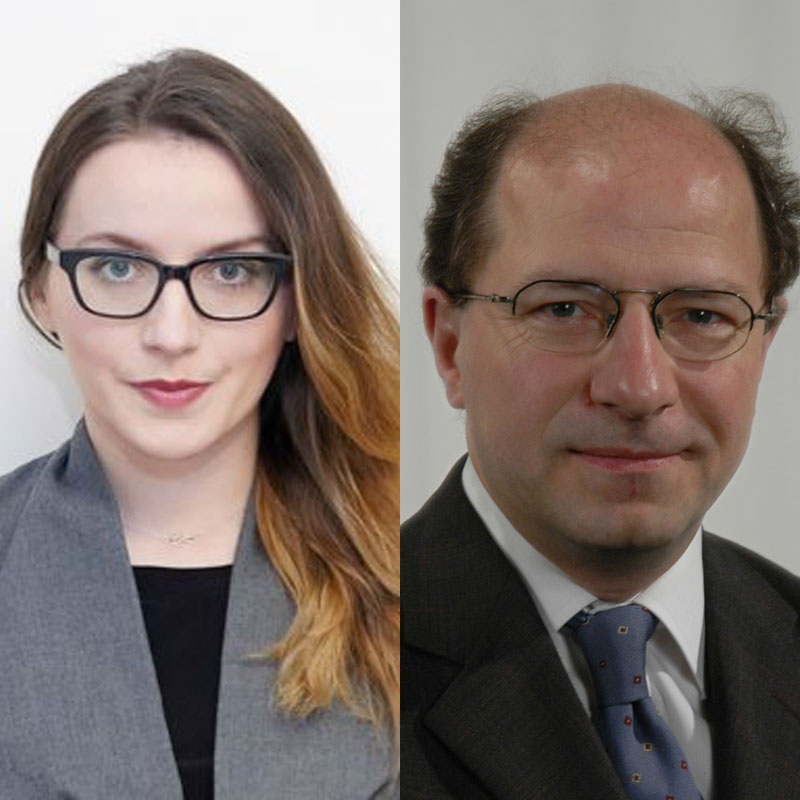 About John Packer and Ewelina U. Ochab

John Packer is Neuberger-Jesin Professor of International Conflict Resolution in the Faculty of Law and Director of the Human Rights Research and Education Centre at the University of Ottawa. He previously taught at the Fletcher School (Tufts University, USA) and the University of Essex (UK), held Fellowships at Cambridge and Harvard Universities, and has lectured at academic and professional institutions around the world. Over his 30-year career, he was an inter-governmental official for 20 years (UNHCR, ILO, OHCHR, UNDPA, OSCE) and has advised numerous governments, communities and other actors in over fifty countries. As a UN staff member in the early 1990s, he investigated serious violations of human rights in Iraq, Afghanistan and Burma/Myanmar. From 1995 to 2004, he was Senior Legal Adviser then the first Director of the Office of the High Commissioner on National Minorities of the Organisation for Security and Cooperation in Europe (OSCE) active mainly across Central and Eastern Europe and the former Soviet Union. In 2012-2014, he was the Constitutions and Process Design Expert on the UN’s Standby Team of Mediation Experts and continues to advise UNDPPA in a number of situations. The focus of his research and practice is at the inter-section of human rights (including minority rights) and security, notably conflict prevention and quiet diplomacy, international mediation, transitional arrangements, and institutional developments at domestic and multilateral levels. Dr Ewelina U. Ochab is a human rights advocate, author and co-founder of the Coalition for Genocide Response. Dr Ochab works on the topic of genocide, with specific focus on the persecution of ethnic and religious minorities around the world, with main projects including the Daesh genocide in Syria and Iraq, Boko Haram atrocities in West Africa, the situation of the Rohingya Muslims in Myanmar and of the Uyghurs in China. Dr Ochab has written over 30 reports for the UN (including Universal Periodic Review reports) and has made oral and written submissions at the Human Rights Council, the UN Forum on Minority Issues, PACE and other international and regional fora. Dr Ochab has been working with several APPGs, including providing a secretariat for the APPG on Uyghurs. Dr Ochab authored the initiative and proposal to establish the UN International Day Commemorating Victims and Survivors of Religious Persecution. The initiative has led to the establishment of the UN International Day Commemorating the Victims of Acts of Violence Based on Religion or Belief on August 22.

As the world awakes to the atrocities against the Uyghurs, the question of genocide has arisen. As often happens, denial and obfuscation has begun to sow doubt over the facts before our eyes and to forestall the action necessary where there is a risk of genocide.

While the debates over the determination of genocide to describe the atrocities against the Uyghurs continue, little, if anything, has been said in specific response to the in-depth research conducted to date. In February 2021, Essex Court Chambers produced a legal opinion arguing that the atrocities amount to genocide and crimes against humanity. A few weeks later, a group of over 50 experts produced an independent analysis arguing that the Chinese Government is committing acts of genocide in breach of its duties under the UN Convention on the Prevention and Punishment of the Crime of Genocide (‘Genocide Convention’).

Those challenging the finding of genocide have however failed to comment on these analyses or the evidence presented in them. The spokesperson for the Chinese Government challenged the evidence by suggesting that the witnesses were actors, an easily refutable claim. Alternatively, some acknowledge the acts committed but dispute the intent, arguing that crimes against humanity, rather than genocide, are being committed. Others invoke excuses for the treatment of the Uyghurs in Xinjiang, notably, countering terrorism, controlling population, and reducing unemployment. They argue that there can be no commission of genocide if there exists simultaneously any other possible object for the act. This conclusion is unsupported by the Genocide Convention.

It is also argued that no one is allowed to reach a conclusion about ‘genocide’ except a Court. This claim is manifestly contrary to the wording and spirit of the Genocide Convention since it reduces the treaty that was meant to deliver on the promise of ‘Never Again’ solely to a post facto exercise. The Chinese Foreign Ministry spokesperson rejected the allegations of genocide arguing, amongst others, that ‘no State, organisation, or individual is qualified and entitled to arbitrarily determine that another country has committed genocide.’ However, nothing in international law precludes a State from drawing conclusions about compliance with treaties or other obligations, and to conclude otherwise would make no sense for the normal conduct of international relations. Specifically with regard to the Genocide Convention, the International Court of Justice (‘ICJ’), in Bosnia and Herzegovina v Serbia and Montenegro, held that the  duty to prevent genocide ‘arise[s] at the instant that the State learns of, or should normally have learned of, the existence of a serious risk that genocide will be committed.’ Simply put, the 152 States parties to the Genocide Convention are obligated to draw conclusions about compliance in order to give effect to the treaty, pursuant to its basic object and purpose. This is also a requirement under Article IX of the Genocide Convention for any State to commence an action against another State at the ICJ (a possibility China has reserved against).

In practical terms, those calling for a court determination know well that, as in the case of the Uyghurs, it is hardly possible for a court to make a determination of the State responsibility of China because China has prevented the option of taking the case before the ICJ. Indeed, perhaps it is this near certainty that empowers deniers to make such vacuous calls.

If there is a risk that the atrocities amount to genocide, we must draw that conclusion however uncomfortable or inconvenient it may be, and act accordingly. We do not have to wait years until all and sundry are convinced that the atrocities amount to genocide beyond reasonable doubt (which is not the standard for State responsibility) and they are declared so by some distant and likely ineffectual tribunal.

We believe that the Genocide Convention is applicable in the Uyghur case which, upon examination, shows breaches of every element of Article II (i.e. commission of genocide) in addition to other breaches of the treaty. The real question that we should be asking is: what are we going to do about it?

The Genocide Amendment: Why is the UK Government dragging its feet? (Part I)

The Genocide Amendment: Suitability of the High Court (Part II)

United Kingdom, Business and Human Rights, Conflict and Human Rights
In the previous post, I highlighted the UK Government’s reluctance to endorse the Genocide Amendment. A central ...