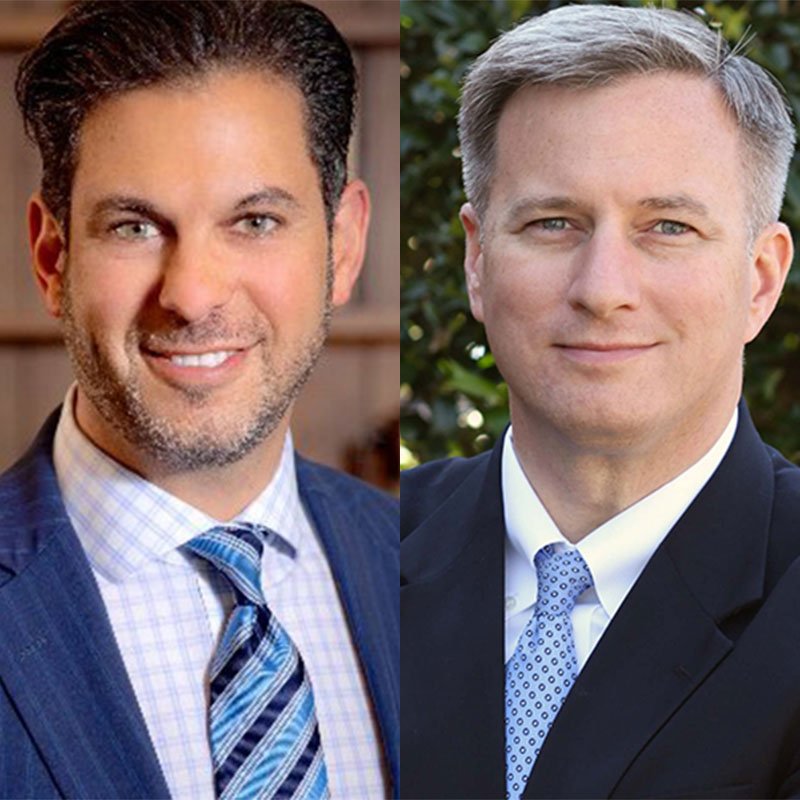 About Victor Boutros and John Richmond

Victor Boutros and John Richmond are the Founding Directors of the Human Trafficking Institute. They previously served as federal prosecutors in the U.S. Department of Justice’s Human Trafficking Prosecution Unit and trained law enforcement from different parts of the world on investigating and prosecuting human trafficking. Boutros is co-author with Gary Haugen of The Locust Effect: Why the End of Poverty Requires the End of Violence (Oxford Press), for which they received the Grawemeyer Prize for Ideas Impacting World Order. Richmond has served as a human trafficking expert for the United Nations and the European Union and been named one of the “Prosecutors of the Year” by the Federal Law Enforcement Foundation.

July 30th marked the UN’s fourth annual World Day Against Trafficking in Persons, which seeks to increase awareness of human trafficking as a serious crime and human rights violation. Traffickers make money by exploiting others, often forcing them to work in their business or to engage in commercial sex, seizing their earnings, and paying them little or no wages. The ILO estimates that there are 20.9 million human trafficking victims in the world today.

Trafficking flourishes in countries where traffickers face no meaningful risk from law enforcement, which often lacks the training, resources, and tools for effective anti-trafficking enforcement. For traffickers in those countries, crime does pay. Annual profits from forced labor exceed those of Apple, Microsoft, Samsung, BP, and Exxon combined.

These disheartening facts must not eclipse the historic progress that has taken place in the anti-trafficking movement over the last two decades. Just twenty years ago, trafficking was a relatively obscure issue on the global agenda, and many countries lacked the laws, political will, and enforcement capacity necessary to combat traffickers. Then, one by one, the obstacles to combating widespread trafficking began to fall like dominos.

In 2000, the United Nations adopted the Palermo Protocol to Prevent, Suppress and Punish Trafficking in Persons, especially Women and Children. Since it went into force, the number of countries criminalizing trafficking in line with the Protocol increased nearly fivefold, from 33 countries in 2003 to 158 in August 2016.

This seismic shift in the legislative landscape has been accompanied by escalating political and economic incentives for countries to combat trafficking. Annual reports by international organizations and governments publish data on countries’ efforts to combat trafficking, and poor ratings can act as a global scarlet letter. On some reports, like the U.S. Department of State’s Annual Trafficking in Persons Report, a poor rating means risking economic sanctions or losing out on private sector investment. Countries that measurably reduce trafficking have a competitive advantage in recruiting and retaining investment by multinational corporations concerned about the risk of trafficking in their supply chains.

Unfortunately, these profound transformations in the criminalization of human trafficking and the growing political will to combat it have not yet yielded a similar transformation in the criminal justice response. In its 2016 report on trafficking, the UN noted that the number of convictions have “remained remarkably low in many parts of the world, and there have been no significant increases on a global scale”. Analyzing data from 136 countries, the UN found that 40 per cent reported 10 or fewer convictions each year during the 2012-2014 period.  Its conclusion: “impunity is still rife for trafficking in persons”.

The primary challenge facing trafficking victims today is no longer the absence of good laws, or even the government’s will to enforce them, but the absence of effective enforcement capacity. Even incentivized police, prosecutors, and judges cannot enforce trafficking laws if they are never equipped with the skills and tools to do so.

The UN forecasted that building anti-trafficking enforcement capacity may have the most significant impact in the decades to come: “Accelerating the implementation of the domestic legislation by carrying out awareness-raising, training and other capacity- building activities on the use of legislation may now be useful in rapidly enhancing the capacity of national criminal justice systems to identify, investigate and prosecute cases of trafficking in persons.”

We should celebrate the historic transformations in legislation and political will over the last two decades, but they have left us at a dramatic turning point in the battle against trafficking. As long as the laws on the books are not enforced, traffickers will disregard them as empty parchment promises.

But many traffickers begin to leave the vulnerable alone when the alternative is losing their business, forfeiting their profits, and sacrificing their freedom. Because each trafficker deterred represents a larger stream of victims, even a modest number of trafficking convictions can be a powerful multiplier in reducing the number of trafficking victims. For that to happen, the last domino of enforcement capacity must fall. Only then will police and prosecutors be able to respond to enforcement directives from their leaders, and only then will traffickers see that the price for their crimes is too steep.