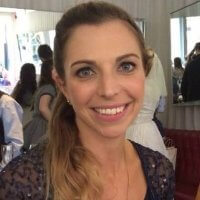 A landmark settlement agreed on 20th March 2014 in Linkside v Department of Education has consolidated the law regarding class action in South Africa, andis a significant victory in the fight to ensure children’s right to an education.

It is astounding to imagine that educators, who work so hard to ensure that children receive a decent education in accordance with the Constitution and their basic human rights, are not paid by the government for the work that they do. It is equally astounding to imagine that the government fails to fill vacant teaching posts. Yet this is the reality of the education system in the Eastern Cape, and it has taken lengthy court proceedings to effect change.

Linkside is a step toward that change, as the government was ordered to reimburse teachers’ salaries, appoint temporary educators to vacant posts and appoint existing temporary educators to permanent posts in respect of 32 applicant schools. Further, the court ordered that there be an “opt-in” class of all schools in the Eastern Cape whose posts had not been filled or who had paid teachers out of school funds.

“Post-provisioning,” introduced in 1996, was designed to redeploy teachers from over-staffed to under-staffed schools in an attempt to establish a more equal education system. However, the Eastern Cape did not establish post-provisioning until 2004, and since then it has not been effectively implemented. Under the system, each public school is allocated a certain number of teaching posts based on the school’s resources, the number of learners etc. The Department of Education is then obliged to appoint teachers to each of these allocated posts and to pay them a salary. However, the Department has repeatedly failed to meet its obligations in this regard. Either the post is simply left vacant, or the parents of learners are forced to pay minimal salaries to temporary teachers through school fees. Inevitably, it is the poorer schools which suffer the most, as they cannot afford to use school fees to pay their own appointed temporary teachers.

Linkside makes clear that the problem is not a lack of educators, but their distribution. In 2014, it is anticipated that there will be 5,342 substantive vacant posts, yet up to 10,000 teachers in excess. The national Executive attempted to deal with the problem of the distribution of educators with an intervention in March 2011. A report was prepared which identified post-provisioning as a major problem. However, although the intervention is still in place, the Minister has evidently failed to address the problem.

This is not the first time schools have had to resort to court action. The posts establishments for 2012 and 2013 were also challenged through the courts. An order was made in August 2012 which ordered the Department to implement the 2012 post establishment, to pay unpaid temporary teachers, and to appoint educators to vacant posts.

The Department did not fulfil these obligations, in flagrant violation of the court order. A further application by specific schools was made in February 2013, resulting in an order that temporary educators be appointed to permanent posts, remunerated, and vacant posts be advertised and filled. However, once again, the order was not complied with.

Significantly, the case is the first certified class action in South Africa, an area of law which Oxford Pro Bono Publico played an important role in developing. Based on research carried out by Oxford Pro Bono Publico, the court set down that in order to bring a class action, there would need to be certification, i.e. that the matter involves definition of the class, identification of some common claim or issue, existence of a valid cause of action, suitable representative of the class, and that class action is the appropriate procedure. Linkside is the first case which has implemented this guidance and satisfied the criteria to be a certified class action.

It remains to be seen whether the Department will comply with this order. One can only hope that we are a step closer to the day when every child in the Eastern Cape can sit on a chair, at a desk, with a textbook, in front of a teacher, in a concrete building, without having to make an application to court.

South Africa, Gender, Right to Education, Right to Equality and Non-Discrimination, Sexual and Reproductive Rights, Socio-Economic Rights
James Rooney is one of the Oxford Human Rights Hub/Rhodes University Travelling Fellows. The Fellowship is a ...

South Africa, Right to Education, Role of the Judiciary, Socio-Economic Rights
A landmark judgement handed down on 12th December 2014 in the case of Linkside & Others v Minister of ...