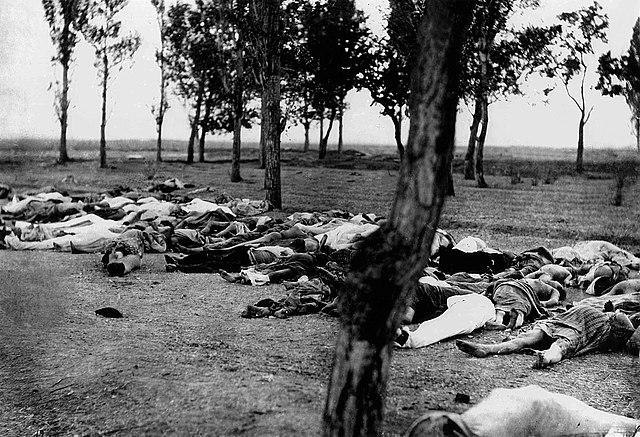 What is next for the atrocities against Uyghurs in Xinjiang?

About Ewelina U. Ochab

Ewelina U. Ochab is a legal researcher, human rights advocate and author. Ochab works on the topic of the persecution of minorities around the world, with main projects including Daesh genocide in Syria and Iraq, Boko Haram atrocities in West Africa, and the situation of religious minorities in South Asia. Ochab has written over 30 UN reports (including Universal Periodic Review reports) and has made oral and written submissions at the Human Rights Council sessions and the UN Forum on Minority Issues. Ochab is currently working on her PhD in international law, human rights and medical ethics. Ochab is a Contributor to Forbes. She has also published in HuffPost, the Providence Magazine, Oxford Human Rights Hub, UnHerd, and Washington Examiner.

Ewelina U. Ochab, ‘What is next for the atrocities against Uyghurs in Xinjiang?’, (OxHRH Blog, May 2021), <https://ohrh.law.ox.ac.uk/what-is-next-for-the-atrocities-against-uyghurs-in-xinjiang> [Date of access].

To prove genocide and other mass atrocity crimes, evidence is crucial. Documenting and preserving evidence at the time of the suspected atrocity is the only way to effectively ensure that any group is able to access justice in the future. States are responsible for collecting and preserving evidence of atrocity crimes occurring within their territories. However, where the State is involved in the atrocities, it is reasonable to conclude that the State will not collect evidence that could ultimately implicate it in the crimes. This is where international bodies play an important role. The UN has acted previously to collect and document evidence of atrocities perpetrated in many parts of the world, especially where it was clear that the State would not do so.

Currently, there is no UN mechanism with the mandate to collect and preserve evidence of the atrocities being perpetrated against Uyghurs and other ethnic minorities in Xinjiang. While some evidence is being collected by researchers and NGOs, it is doubtful whether the evidence will be collected and stored in a way that would enable its use in future proceedings. Reports also suggest that some of the existing databases are being attacked by hackers in an attempt to destroy the evidence.

There are several mechanisms through which the UN can act, including at the levels of the UN Security Council, General Assembly, and the Human Rights Council. In the cases of Bosnia and Rwanda, the UN Security Council established commissions of experts to consider the available evidence, collect further information, and prepare an opinion to confirm the nature of the atrocities. Once the commission of experts confirms that the atrocities amounted to genocide, the UN Security Council passed resolutions establishing ad hoc tribunals to prosecute the perpetrators. For instance, in 2017, in response to the Daesh atrocities, the UN Security Council passed a resolution establishing the Investigative Team tasked with collecting, preserving, and storing evidence of Daesh atrocities in Iraq. Among others, the Investigative Team identified 1,444 suspected perpetrators responsible for the attacks against the Yazidis, including 14 members deemed most responsible for the atrocities classified as war crimes, crimes against humanity and even genocide. Furthermore, the Investigative Team has received requests for assistance in domestic proceedings from 14 states.

However, where such an action was not possible through the UN Security Council, other UN organs have stepped up. For example, as the UN Security Council was infamously blocked on every meaningful action on the situation in Syria, predominately because of Russian vetoes, in 2016 the UN General Assembly established the International, Impartial and Independent Mechanism (‘IIIM’) for Syria, to assist in the investigation and prosecution of persons responsible for the most serious crimes under international law committed in the Syrian Arab Republic since March 2011. The resolution establishing IIIM was strongly opposed by Syria. However, it was adopted by a recorded vote of 105 in favour and 15 against, with 52 abstentions. Since its creation, IIIM has collected a significant amount of evidence, and has been collaborating with 12 jurisdictions to enable domestic prosecutions based on the principle of universal jurisdiction.

Lastly, similar investigative and evidence gathering mechanisms have been established by the UN Human Rights Council, most notably the Independent Investigative Mechanism for Myanmar (IIMM) in 2018 and, more recently, a mechanism for Sri Lanka in 2021.

As such, the UN organs reflect a significant legacy in establishing mechanisms to collect and preserve the evidence of atrocities. While States have been calling for unfettered access to Xinjiang, and China has been delaying it, it is crucial to recognise that a mechanism for evidence collection does not depend on access to the region. Indeed, as it is clear from the examples of IIIM and IIMM, while these bodies have not been granted access to the region, they have been doing this work remotely, and ensuring that a step towards justice is being taken.

A UN mechanism to collect and preserve evidence of the atrocities against the Uyghurs is the next crucial step and one that cannot be postponed. Without securing this evidence now, the prospects of justice is the future are zero.

After Recognition of Genocide – How to Proceed?

United Kingdom, Conflict and Human Rights
On 20 April 2016, the House of Commons unanimously passed a motion recognising the atrocities committed against ...