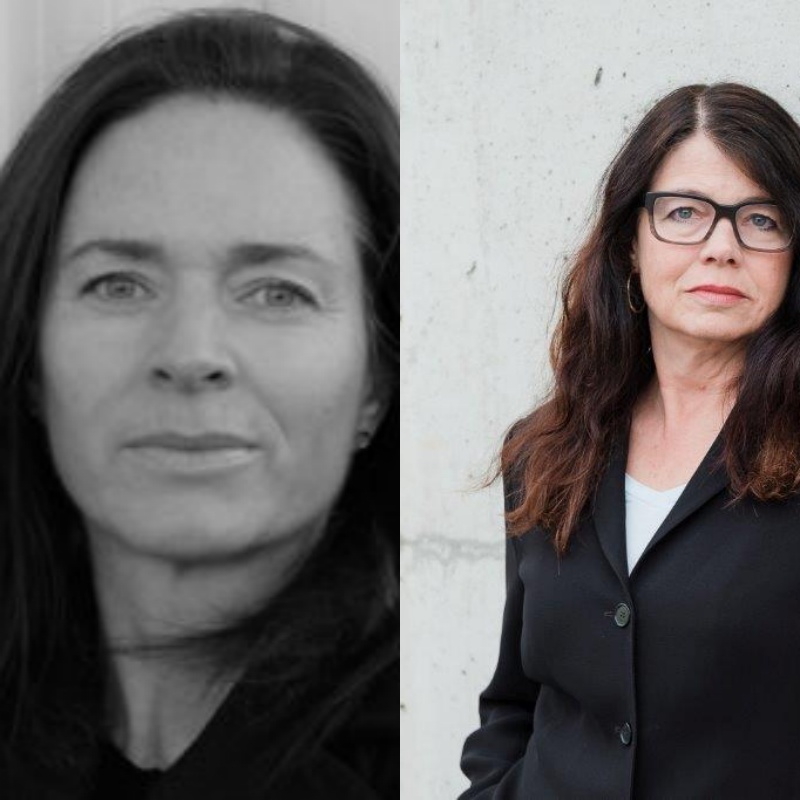 About Annabel Webb and Margot Young

“While I was breathing in wildfire smoke last month with Vancouver’s air quality rated worst in the world, Canadian government lawyers were preparing arguments to silence me.”

This statement was made to the UN Committee on the Rights of the Child (CRC) by 14-year-old Zoe Grames-Webb, a plaintiff in the Canadian children’s climate case, La Rose v Her Majesty the Queen. La Rose is one of two current Canadian cases, led by youth, claiming that Canada’s climate policy failures infringe children’s rights to life, liberty, and security of the person, as well as equality, under the Canadian Charter of Rights and Freedoms. La Rose now sits on appeal: the Canadian government was successful at first level in achieving dismissal of the action on preliminary motion.

While La Rose was in process, Zoe Grames-Webb and Haana Edenshaw, an Indigenous Haida teen and also a plaintiff in the case, gave testimony in October 2020 before the UN Committee on the Rights of the Child in anticipation of Canada’s upcoming periodic review.  Their presentation had two messages.

First, and most obvious, they asserted that Canada is in breach of its substantive obligations under the Convention on the Rights of the Child. Investment in the oil industry, and unmet and too low carbon targets, were evidence of state complicity in the existential threat of unchecked climate change. The children highlighted disproportionate impacts on Indigenous children: threats to Indigenous territories, languages, culture, and survival. They also highlighted violation of other international human rights obligations. International norms, including the extensive work of the UN Special Rapporteur on human rights and the environment, map States’ international human rights obligations to protect the environment. The Human Rights Committee in ICCPR General Comment 36 (paragraph 62) enumerates States’ obligations to protect the environment as a component of the right to life and identifies environmental degradation and climate change as, “some of the most pressing and serious threats to the ability of present and future generations to enjoy the right to life”.

Second, the girls pointed out that the governments’ response in La Rose—the push for preliminary dismissal—compounds this disregard for international rights protections.  Government arguments to dismiss the La Rose challenge denied the youth plaintiffs access to domestic legal remedy to address the breach of rights. Yet, the CRC tells us that domestic implementation of children’s rights (including these environmental dimensions),

Moreover, the importance of international human rights law in the interpretation of the Canadian Constitution is clear. In Baker v Canada (Minister of Citizenship and Immigration) the Supreme Court of Canada wrote:

…the values reflected in international human rights law may help inform the contextual approach to statutory interpretation and judicial review.  …

“[T]he legislature is presumed to respect the values and principles enshrined in international law, both customary and conventional.”

Yet, these international legal norms dictating that environmental protection falls squarely within the ambit of human rights protections, including positive obligations to fulfil those rights, seem to have evaded Canada entirely. Canadian governments at all levels insist on judicial retention of the doctrinal shibboleth that positive rights obligations are non-justiciable. The government continues to argue for narrow, shallow rights protection. Canadian courts remain stalwartly resistant to such expansion of Charter rights.

And government hypocrisy reigns: since Baker, a Canadian government website encourages references to obligations under the Convention in the courts but, in actual litigation, government lawyers argue against even simple engagement by the courts with the substance of claims that make this assertion.  In the words of another youth litigant in La Rose,

“It is already a shame we have to seek protection from the courts so that they can order our government to secure us a future. I am now even more disappointed that our government doesn’t at least have the courage to go to trial”

In the meantime, international law moves forward: the CRC has announced a general comment on children’s rights and the environment with a special focus on climate change–a powerful tool for children to hold governments accountable around the world.