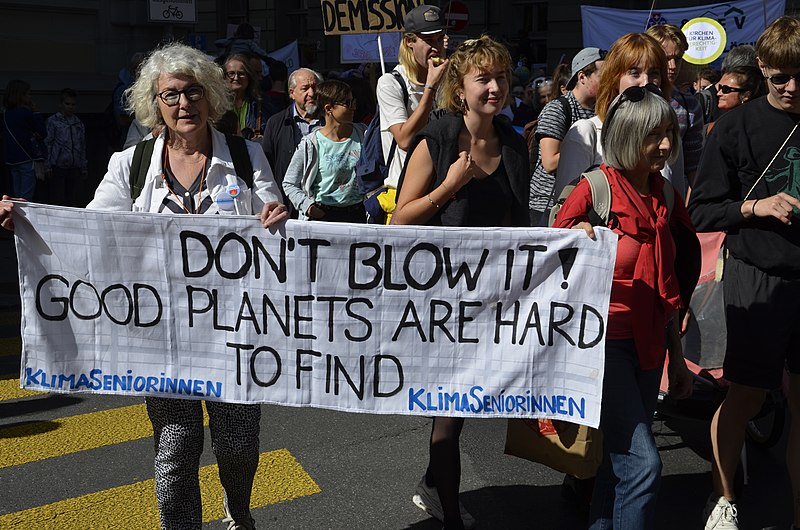 Climate Change Before the ECtHR’s Grand Chamber: The KlimaSeniorinnen Case 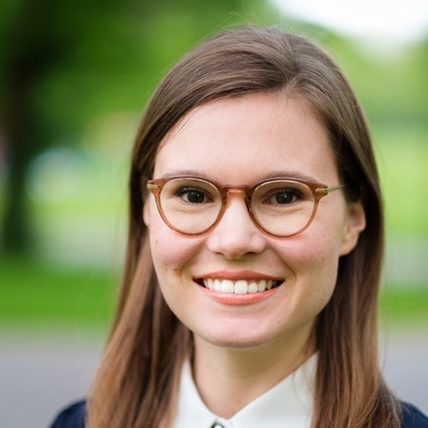 Corina Heri is a postdoctoral researcher in the Climate Rights and Remedies Project at the University of Zurich. Her research focuses on human rights law in theory and practice, and she is currently working on a Habilitation thesis on the topic of public interest litigation. She tweets at @cohelongo.

Image description: A group of protesters, with one holding a banner reading “Don’t blow it. Good planets are hard to find.”

On 29 April 2022, the European Court of Human Rights announced that the Verein KlimaSeniorinnen and Others v Switzerland was relinquished to Grand Chamber. The case, which concerns the impact of Swiss climate policy on the lives and health of elderly women, may end up as the first climate case decided by the ECtHR.

Relinquishment and proceedings before the Grand Chamber

Relinquishment of jurisdiction from a Chamber formation of the ECtHR to the Grand Chamber is possible for two reasons, as set out in Article 30 ECHR and Rule 72(1) and (2) of the Rules of Court. First, it is possible where a case raises serious questions affecting the interpretation of the ECHR or its Protocols. Second, where there is a possibility of deviation from previous case-law. Given that the Court has never decided a climate case, the reason for the relinquishment of KlimaSeniorinnen is likely to be the former, although the case also challenges existing case-law. However, the Court is not required to give reasons for a relinquishment (Rule 72 (2)) and has not done so here.

KlimaSeniorinnen was slated to be heard by a seven-judge Chamber formation. That Chamber’s findings could subsequently have been referred to the Grand Chamber. Relinquishment means that it will be heard directly by the larger 17-judge formation, which will issue a final judgment. It also means that, most likely, there will be a public hearing in this case. These hearings involve the presentation of oral arguments by the parties, and – exceptionally – by the third-party interveners (Rule 44(3)(a) of the Rules of Court). In this regard, it should be noted that an unusually large number of third-party interventions were received in this case – nine in total.

KlimaSeniorinnen’s importance does not stem from the relinquishment itself. As acknowledged by the applicants’ counsel, this case is part of a larger family of human rights-based climate cases that “share the aim of forcing governments to take more ambitious action to protect individuals from climate change harms.” It argues that Swiss climate policy – and the climate change impacts that it fails to prevent – have violated the applicants’ rights to life and respect for private and family life (Articles 2 and 8 ECHR). Somewhat less unprecedented, but equally important, are its claims concerning the rights to a fair trial and access to an effective remedy (Articles 6 and 13 ECHR).

The importance of this case lies in the fact that, as Evelyne Schmid has noted, KlimaSeniorinnen will most likely be the first climate case decided by the ECtHR. However, it was not the first climate case to be filed at the Court – the Duarte Agostinho and Others v 33 Member States case was filed almost three months earlier, and communicated six months sooner. Due to the large number of States involved in Duarte Agostinho, and the correspondingly large number of filings involved, KlimaSeniorinnen has now overtaken it.

KlimaSeniorinnen raises several novel legal questions. For one, it contests the Court’s approach to victim status, arguing that the applicant organisation should be granted representative standing for its members. This runs counter to existing case-law, as the Court does not accept applications in the public interest (so-called ‘actiones populares’). Given the complexity, novelty, and corresponding cost of climate cases, revising the Court’s standing rules would improve access to justice.

This case also raises the fundamental question of whether human rights litigation is an appropriate vehicle for demanding climate action. The domestic courts’ attempt to separate law and politics in this case has been heavily criticised. The Swiss Federal Tribunal found that the applicants had not been sufficiently affected by climate policy to bring a case, inviting the applicants to seek change through political means. The Court’s response to this finding is likely to set the course for its approach to further climate cases, and to echo in the case-law of domestic courts and other human rights bodies. For this reason, and whatever its outcome, all eyes should be on KlimaSeniorinnen.

European Convention on Human Rights, Right to Privacy, Sexual and Reproductive Rights
Dubská and Krejzová v the Czech Republic has been referred to the Grand Chamber of the European Court of Human ...