Ockenden and Beyond: The Potential for a Human Rights Approach to Tackling Obstetric Violence 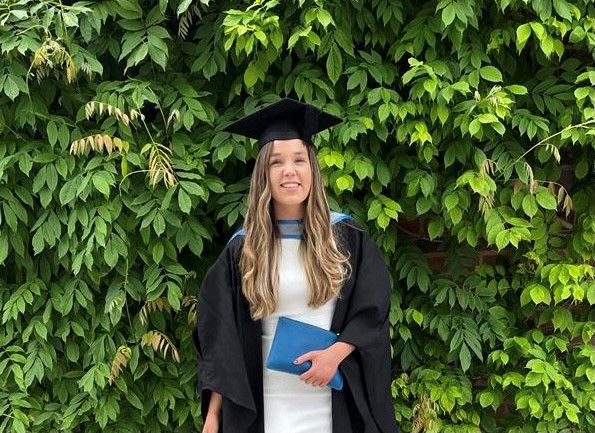 Frances Hand (she/her) is a DPhil Candidate at St Edmund Hall College and Convenor of the Family and Medical Law Discussion Forum 2022-2023. She completed the BCL at Hertford College and her LLB at the University of Exeter, where she acted as Editor-in-Chief of the Exeter Law Review. Her thesis is looking to examine whether a substantive human rights framework will effectively address the systemic and intersectional realities of Obstetric Violence.

An independent report into maternity and neonatal services in East Kent (the Kirkup Report) was released on 19th October 2022 and is the second in an ever-increasing number of investigations detailing systemic abuses within NHS maternity wards throughout England which have resulted in preventable maternal and neonatal deaths. Two critiques of these emerging reports and the government’s subsequent responses will be lodged; firstly, there exists a lack of maternal-centric action plans tackling stereotypes against women and secondly, that the government has done little to effectively tackle the systemic instances of violence against women highlighted within these reports.

The Ockenden Report and Beyond

The first report to be published was the Ockenden Report in March 2022. This examined cases from 1973-2020 within the Shrewsbury and Telford NHS Trust and found evidence of 201 neonatal and 9 maternal preventable deaths. The report issued 15 immediate actions to be implemented across all maternity services in England, including ensuring appropriate training and escalation procedures are in place. The Kirkup Report builds upon this, and found that 97 babies and mothers experienced significant harm in East Kent Hospital NHS Trust due to ‘deep-rooted’ and ‘deplorable’ care by maternity staff. Dr Bill Kirkup warned that these incidents could no longer be viewed as a ‘one off’ and suggested four main points of work for the Trust, including ensuring that care is given with compassion and kindness and responding to issues with greater honesty. A third investigation into Nottingham University Hospitals NHS Trust is still ongoing and is expected to be released on 30th November 2022.

Under Article 4 of the Declaration on the Elimination of Violence Against Women it is suggested that the State is obligated to developing preventative approaches to promote the protection of women from all forms of violence, this includes steps to modify the social and cultural patterns of conduct which stereotype women’s roles. Yet, the Ockenden action plan in some ways plays into the stereotypical notion of women as secondary to the needs of their child. This could be a product of its origins, as the report was instigated following the unnecessary deaths of two babies. Yet, many women report immense shame at claiming they have been the victim of obstetric violence when they give birth to a ‘healthy baby’. Whilst the latest Kirkup report does slightly more to focus on maternal issues as well as neonatal (with its emphasis on compassionate care), neither make the leap to explicitly tackle important issues such as ‘epistemic injustice’, where women’s pain is not believed or taken seriously. Furthermore, neither made a direct attempt to examine how stereotypical attitudes towards women manifest in the form of intersectional discrimination, despite the latest CQC report stating that black women are still 4 times more likely to die during child birth than white women in the UK. By failing to place enough emphasis on our international obligations , it is unclear whether these action plans will prove successful.

Sajid Javid, in response to the emerging reports suggested that ‘important steps’ were being taken to combat these issues, including an increase in £200 million funding boost for the NHS and the fact that ‘a number of people who were working at the Trust at the time of the incidents have been suspended’. However, this is not the most effective means of tackling systemic abuse. Firstly, using an analogous example, in cases of workplace sexual harassment, firing of one main aggressor does little to dismantle the power structures which perpetuate the abusive environment. In a similar way, whilst it is important that a number of high ranking individuals from the Trust were fired, this does not necessitate progressive change without also acknowledging the State’s role in the continuation of abusive practices. Secondly, some individuals are unwilling to accept the term obstetric violence, for fear that this will have a negative impact on the morale of medical professionals. This has weight. Indeed, anyone who has spent more than 5 minutes with a medical professional recently will come to realise that they too are suffering from disrespect and abuse under the current system. Using a criminal law system to tackle obstetric violence becomes a means of finger-pointing and transplanting total moral blame onto a small number of ‘rogue’ actors, rather than recognising the systemic realities, which go further than merely the policy of that singular hospital or trust. A human rights approach places positive obligations upon the state to tackle violence against women.

In light of the Care Quality Commission ‘State of Care’ report released on the 21st October 2022 which deemed that 39% of maternity wards in England either ‘required improvement’ or were ‘inadequate’, unless serious positive and female-led actions are taken, preventable deaths and injury will continue to occur.

The author would like to thank her research assistant Madeleine Hendy for helping with this piece.

Obstetric Violence as a Violation of Human Rights: CEDAW’s Second Decision a Welcome Addition but Not Enough

Convention on Discrimination against Women, Gender, Right to Equality and Non-Discrimination, Sexual and Reproductive Rights
Image Description: In the image, four (male) doctors are performing a C-section on a woman. One of the doctors has ...

Gender, Sexual and Reproductive Rights
Pregnancy and childbirth can trigger the violation of a number of rights including bodily and psychological ...