The 2022 World Cup: from Soccer to Human Rights Violations & Geopolitics 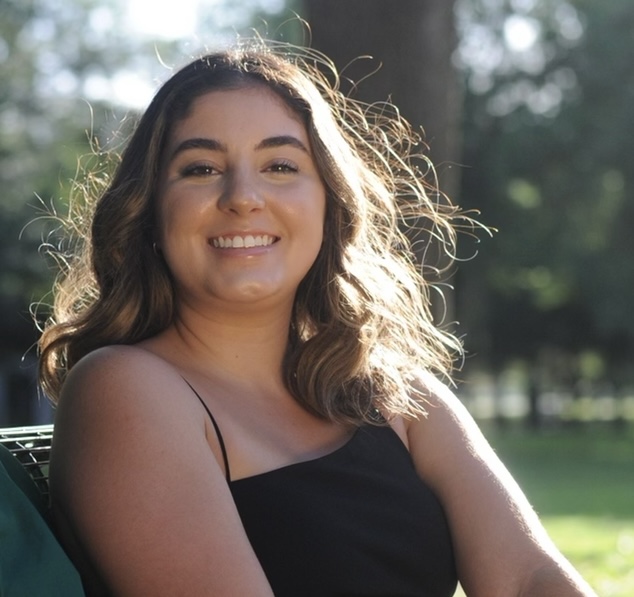 Vitoria Oliveira is an international student from Brazil studying a Masters in Ethics, Peace, and Human Rights at American University. Her educational background includes a BA in International Studies and Sociology from the University of South Florida with a concentration in Inequalities & Social Justice.

Image description: View from above of crowd of spectators at 2022 World Cup in Qatar

It is not news that Qatar, a country with serious human rights violations, was chosen to host this year’s World Cup. Migrant workers have been the most affected by the nation’s kafala system, with abuses, exploitation, injuries, and death, while the most vulnerable – including women and LGBTQ+ people – are subjected to verbal, physical, and sexual abuse. As the tournament comes to an end, the focus on the country’s workers must remain, as they will be essential to the dismantling of structures, such as temporary stadiums. Qatar is not solely the one to blame for a World Cup built on racial injustice. FIFA and its parameters for choosing a host country are also at fault: for years, regimes have used the World Cup to hide their human rights abuses, and they have been overtly ignored by the International Federation.

A number of major factors influenced FIFA’s decision and furthered Qatar’s bid to host the 2022 World Cup. Firstly, monarchies, dictatorships, and oligarchies are somewhat easier to conduct business with; as FIFA’s secretary general stated, “less democracies is sometimes better for organizing a World Cup…”. Other important factors included expanding football as a sport in the region, as well as lobbying. Qatar persistently lobbied the Executive Committee members in a way which western democracies were unable to equal, given that the difference between a bribe and a “gift” is more clearly proscribed. In addition, FIFA’s corruption and bribery scandal were mostly ignored by Qatar, unlike other countries which “insulted” the Federation. In comparison to other nations, Qatar allocated around $200 million in public funds for its bid, helping to secure its spot as a host.

Despite FIFA’s Guide ensuring that the organization is committed to diversity, mutual respect, and non-discrimination, the Federation continues to choose countries that directly contravene what their “Good Practice Guide advocates. During military dictatorships in Chile and Argentina, despite evidence of human rights atrocities, FIFA still moved forward with its plans to have the World Cup of 1974 in Chile and in Argentina in 1978. Chile’s regime used a national stadium as a concentration camp, and later FIFA chose that same stadium to host one of the major qualifying games. Regardless of the amount of scrutiny and backlash FIFA received during previous tournaments and its current host choice, the organization remains apathetic and pleads ignorance to numerous cases of abuse and human rights violations. Other issues that surround FIFA are the criteria in place for banning a country from participating in the Cup. Russia’s suspension from the World Cup was, nevertheless necessary, but opened a precedent that could apply to other situations. Yet, it was not until the Olympic Committee condemned Russia that FIFA decided to respond to it. In the past, FIFA had suspended countries in which governments interfered with their nations’ soccer federations, but not for human rights violations.

In spite of the issues surrounding Qatar during this World Cup, a somewhat positive take from the situation was the establishment of platforms put in place to discuss worker violations and kafala reforms, which benefited and protected (to some extent), the workers. These reforms could also influence surrounding countries to change. Additionally, the Cup in Qatar presents a series of opportunities to expand football into different nations, which could diversify economics, increase tourism, and enhance cooperation among countries in the Gulf. Still, changes in the selection system for host countries are critically needed.

Recommendations to FIFA include, firstly, the establishment of a governance system that sets ethical standards for host countries. This could not only incentivize host countries to provide positive and transformational change but would avoid benefiting countries with human rights violations and abuses. Secondly, FIFA ought to create and implement a select team that is responsible for ensuring that countries are adhering to existing rules and regulations before their commitment to host a World Cup. Finally, it must commit to and put forward a plan to compensate workers who were affected during their projects for the World Culp by matching the amount that Qatar has spent on their bid, as well as establishing and overseeing a donation fund that would go directly towards workers. Such responses would ensure that human rights abuses are not taken lightly, and that future World Cup hosts are abiding by the strict regulations put in place that certify that no rights of women, migrant workers, and LGBTQ+ people are being violated.

Brazil, Business and Human Rights
When Brazil was chosen to host the 2014 FIFA World Cup, there were celebrations all over the country. Football is ...

Brazil, Gender, Labour Rights
On 23rd May 2014, police from the 76th Police Precinct in Niterói, near Rio de Janeiro, invaded (without judicial ...