Trafficked Persons on Trial in the United Kingdom: New Court of Appeal Guidance 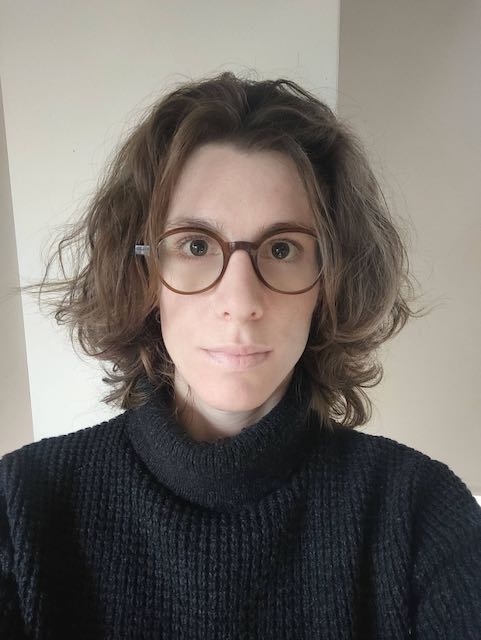 Dr Noemi Magugliani is Lecturer in Law at the National University of Ireland Galway and Research Fellow at the British Institute of International and Comparative Law. Their research focusses on international migration law, international refugee law, and trafficking in human beings - with a focus on State-sponsored vulnerability and gendered constructions of victimhood.

Image description: a building with the inscription “Criminal Courts Building”.

Section 45 of the 2015 Modern Slavery Act (MSA) established a statutory basis for the principle of non-punishment of trafficked persons, understood as the principle according to which a trafficked person shall not be punished for unlawful acts committed as a result of their trafficking experience. Despite its narrow construction, it is an important protection for trafficked persons – as recognised in European Court of Human Rights (ECtHR) judgment in VCL and AN v UK, which found the UK to have breached Articles 4 and 6 of the European Convention on Human Rights (ECHR). The ECtHR’s recognition of the importance of the non-punishment principle to the right to a fair trial was particularly significant, as was the recognition that ensuring non-punishment is a positive obligation on states.

The Brecani v R [2021] judgment, however, made it particularly difficult for trafficked persons to establish a defence under s.45. Indeed, the Court of Appeal held that the decisions of the Single Competent Authority (SCA) that someone is, on the balance of probabilities, a ‘victim’ of modern slavery – also known as Conclusive Grounds (CG) decisions – are not admissible as expert evidence in criminal proceedings. The very recent case of R v AAD, AAH, and AAI [2022], even though it upholds Brecani, goes beyond it and elaborates on the defences available to trafficked persons who are accused of criminal offences, with particular reference to abuse of process.

The three appellants, AAD, AAH, and AAI, had all been convicted of criminal offences prior to being recognised as trafficked persons. They appealed arguing that, had they received positive CG decisions prior to trial – or had their trafficking experience been accepted at the time of being charged – then they would not have been convicted. The Court of Appeal considered a number of issues, including whether it was possible to argue on appeal that the prosecution of a trafficked person was an abuse of process if the prosecution disregarded its own policy guidance. On this issue, the Court reached a positive answer – albeit in a qualified manner. The Court accepted that the three-step test laid down in R v M(L) [2011] survived the 2015 MSA, and went on to distinguish between two situations. First – where the Crown Prosecution Service (CPS) has taken into account both relevant prosecutorial guidance and any CG decision, then there is no basis for an abuse of process challenge as the decision to prosecute is one for the CPS and not for the Courts (para 118-19). Second – where the CPS has unjustifiably failed to take into account CPS Guidance, or it has no rational basis for departing from a favourable CG decision, the prosecution decision would be vitiated. In reaching this conclusion, the Court departed from DS [2020] and A [2020], accepting that both cases have been superseded by VCL and AN, where the ECtHR held that a prosecutor must have clear reasons, consistent with the international law definition of trafficking, to depart from a decision by the SCA (para 162). The Court gave effect to the ECtHR judgment in VCL and AN that recognised that the prosecution of trafficked persons ‘may be at odds with the state’s duty to take operational measures to protect them’ (para 129).

One further issue addressed by the Court merits attention – the analysis of the standard and criterion linking the commission of the offence to the trafficked person’s subjection to trafficking in s.45. Such standard and criterion – whether understood as a causal link or as compulsion, or a duress defence – are indeed fundamental elements of the non-punishment principle. The Court rejected the appellants’ argument that the compulsion criterion set out in s.45 MSA contributes to render the scope of the principle too narrow, and held that a broader interpretation would amount to a re-writing of the statute (para 145-52). However, a broad interpretation of the causation requirement is arguably the most appropriate, bearing in mind the non-punishment principle’s purpose and objective (see here, para 46).

Despite its limits, this judgment is instrumental in restoring the abuse of process jurisdiction in cases involving trafficked persons. It has the potential to constitute a solid basis for upholding the non-punishment principle in compliance, inter alia, with Articles 4 and 6 ECHR, which is rendered more important in light of the ongoing discussions around the new Nationality and Borders Bill (see here and here for an analysis of the disqualification from protection clause).